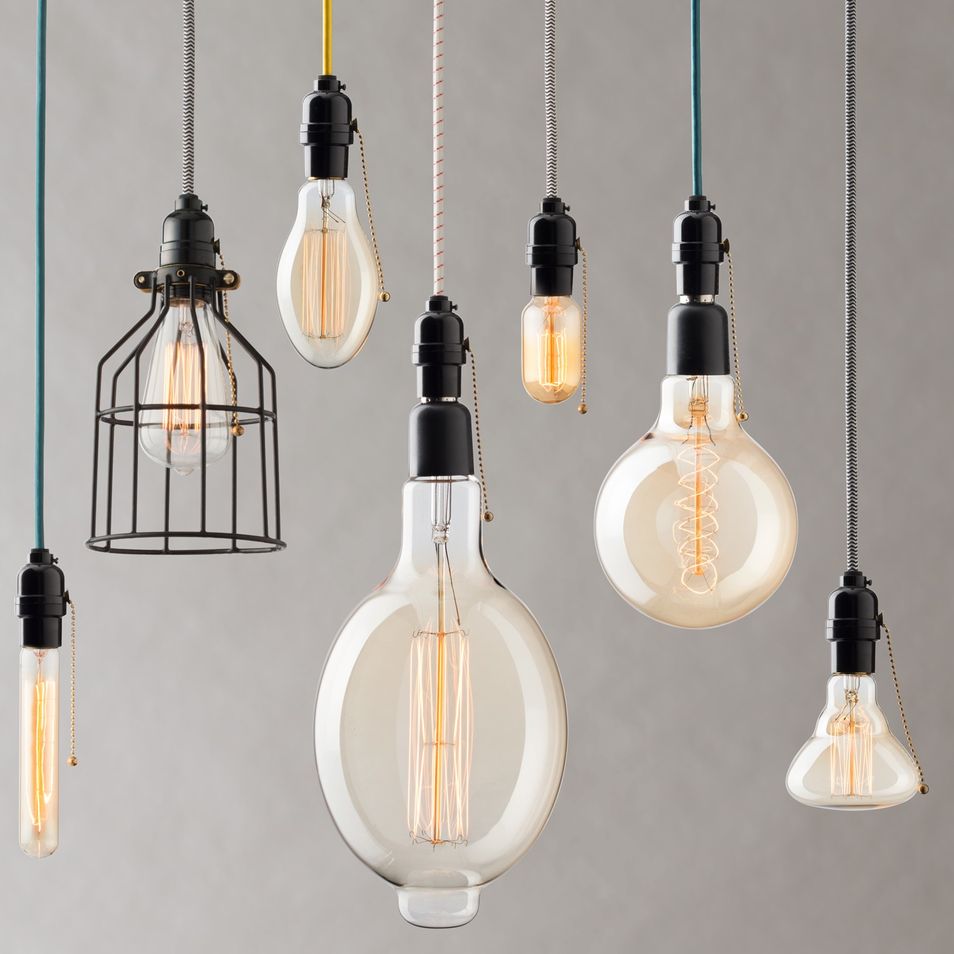 How stylish are your light bulbs?

More than a century after Thomas Edison created what would become the first practical electric light bulb, versions modeled after it are popping up in trendy Manhattan restaurants and restored Maryland farmhouses.

The bulbs’ long golden filaments, often fashioned into spirals, stars and hearts, add flair to the oft-overlooked light fixture. And the bulbs’ soft, warm glow is a welcome alternative to the harsh and uneven lighting of LEDs and compact fluorescent bulbs.

Vintage-style bulbs have had serious drawbacks. They were energy-guzzlers, sometimes using more than twice as much energy as incandescent bulbs for the same level of brightness. And they cost more to boot. 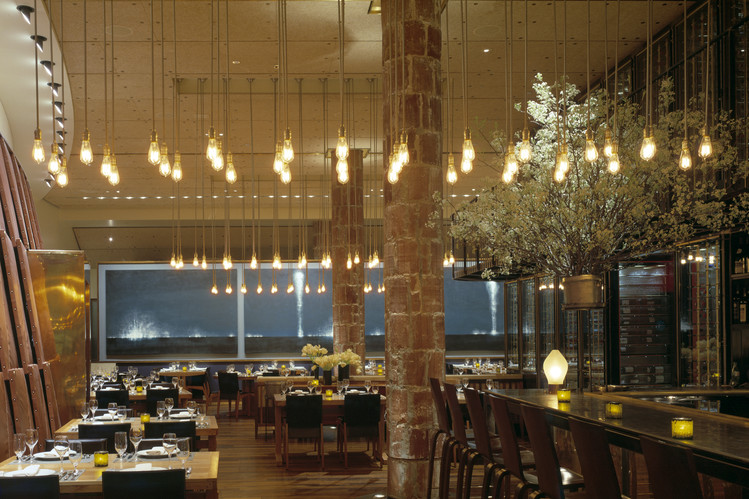 ENLARGE
The dining room at Craft restaurant, in New York City, has helped popularize the use of vintage-style light bulbs. PHOTO: MARK JORDAN

Now, though, a new crop of vintage-style exposed-filament bulbs made with LED technology— some expected to last longer than a decade—are making the look more appealing to people who want to be trendy and environmentally conscious.

Schoolhouse Electric’s sales of vintage bulbs have grown by 40% a year since 2012—a pace the company expects to hit again in 2015. Unit growth in light bulbs is outpacing other “lifestyle” categories including furniture, hardware, kitchenware and jewelry.

Vintage bulbs were initially picked up by “industrial purists,” who often used them in cloth-cord fixtures out of a desire for historical preservation, not style, according to Mr. Faherty. In recent years, the bulbs have benefited from the mainstream popularity of deconstructed design, where pieces are stripped down to their “bones,” as well as a healthy dose of nostalgia.

“There’s this altruistic sort of feeling that [vintage bulbs] exude,” he said. 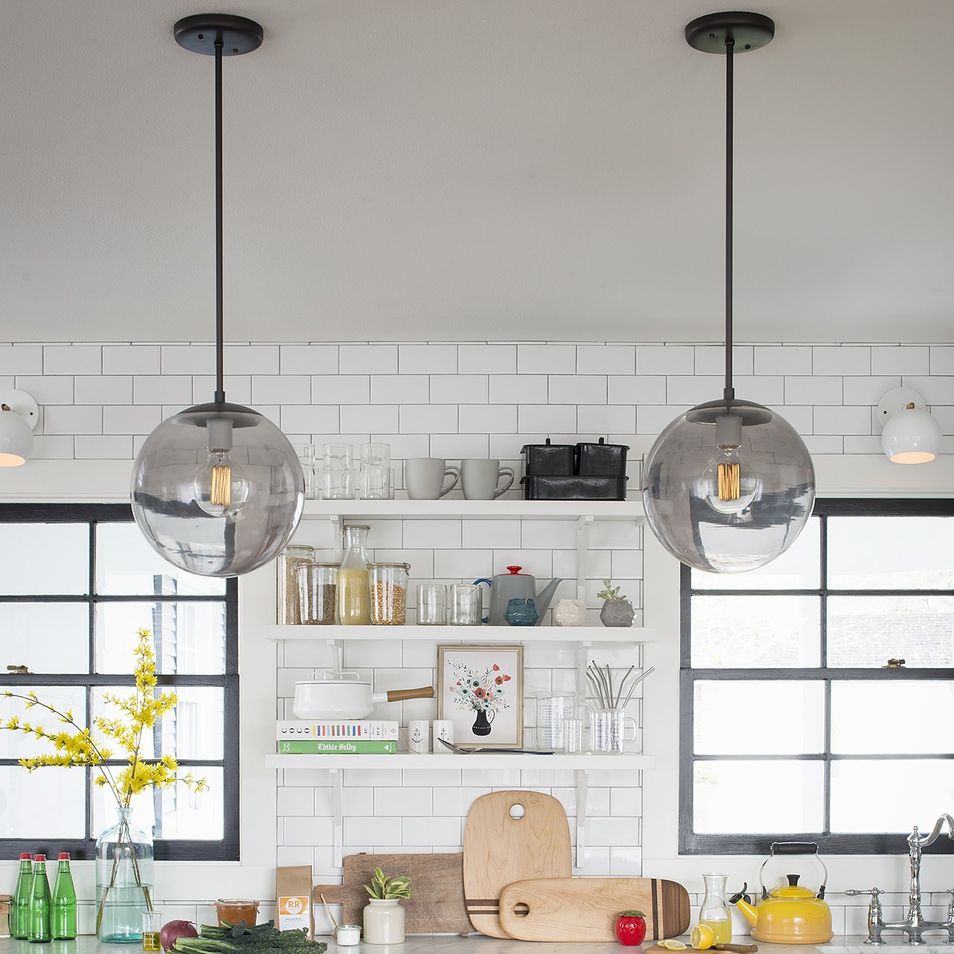 Though specialty companies have been selling the bulbs for years, mass-market retailers like Target Corp. have added the bulbs to their shelves in recent years. 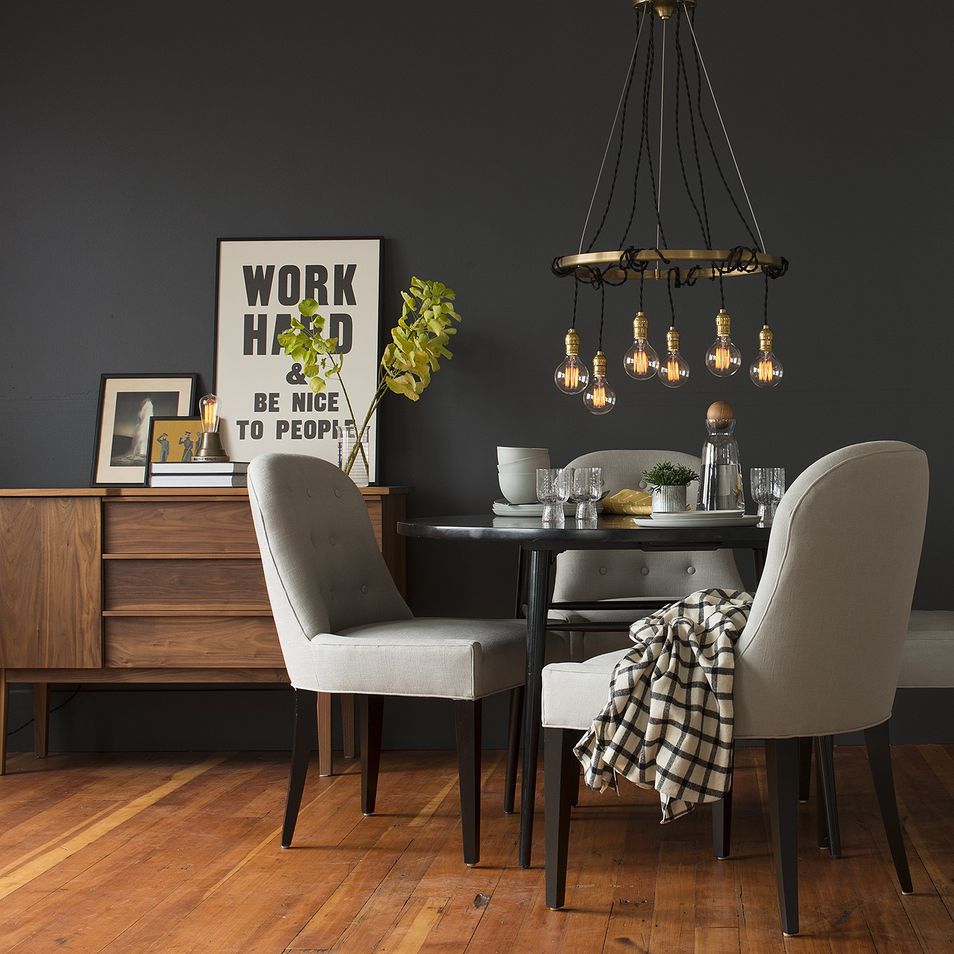 Online retailer 1000bulbs.com says its sales of vintage bulbs are booming. By the end of July, the company had already sold twice as many vintage bulbs as it did in all of last year.

Kim Pedersen, 1000bulbs.com’s founder and chief executive, said he decided to start selling the bulbs around five years ago after seeing them in an upscale steakhouse. “I couldn’t get my eyes off how beautiful they looked,” he said.

Adding bulbs to the site “changed everything,” he said. “We went from selling a couple boxes a month to selling two to three 18-wheelers a month.”

Today, 1000bulbs.com offers over 100 vintage bulbs, including several LED styles. He says vintage bulbs are among the company’s top sellers, and the more intricate the filament design the better.

Often referred to by the catchall term “Edison bulb,” the exposed-filament light bulb category covers those with long, looped filaments, like Edison’s light, as well as other vintage and antique styles, with filaments that might spiral or zigzag.

Homes and apartments are a relatively new stage for vintage bulbs, which first gained recognition in restaurants. Manhattan-based Craft, owned by celebrity chef Tom Colicchio, is largely credited with jump-starting the trend in restaurants in the early 2000s.

Mr. Colicchio, former co-owner of New York City’s popular Gramercy Tavern and a judge on the reality TV show “Top Chef,” wanted to create a restaurant that celebrated the craftsmanship and quality of food rather than artistry and presentation.

He carried this theme over to the upscale restaurant’s design, building a wine display with visible welding, tables with usable drawers, and light bulbs with visible filaments.

“The lighting at Gramercy Tavern was about fixtures,” he said. Craft “was more about the light bulbs.”

Mr. Colicchio found handblown glass bulbs, which he acknowledged were more expensive and less efficient than other types of lighting. Today, the bulbs hang in several clusters of roughly 40 lights, bathing the restaurant in a soft gold akin to candlelight.

As he has expanded the Craft name in the past decade, Mr. Colicchio used the bulbs in other locations, helping spread the trend in places like Las Vegas and Dallas.

“You walk into people’s homes and you see them now,” he said. “It’s been amazing to see how popular they are.”

Industrywide sales statistics for vintage bulbs are difficult to track down. The National Electrical Manufacturers Association says the light-bulb industry classifies vintage bulbs as a niche product and doesn’t break out and track sales. The bulbs are exempt from efficiency standards that began phasing out traditional incandescent bulbs and promoting use of compact fluorescent and LED bulbs in 2012, according to Maria Northup, industry director for lighting systems at the association.

Alex Santantonio, a Washington, D.C.-area software developer who writes a home-improvement blog with his wife, first began using vintage bulbs a few years ago. With two houses located in Maryland and Virginia, both of them around a century old, Mr. Santantonio wanted a light bulb that was both historically accurate and had the “softer, warmer light that you see with older fixtures.”

“I’m kind of a weird old-house purist,” he said. “I like things to look as much as they would in the past.”

Mr. Santantonio used the vintage bulbs in a converted bell lantern, an eight-arm chandelier, and in bathroom and outdoor fixtures. He likes to use the bulbs in display areas as a “welcoming aspect.” He says several neighbors and visitors have noticed and asked about the bulbs.

Earlier this summer, Mr. Santantonio bought a few LED vintage bulbs online after someone posted a comment about them on his blog. He put them in barn-inspired fixtures outside the front door of his Maryland home, and he was surprised by how similar the lighting and look was to the incandescent Edison bulbs he had been using. What’s more, he liked the LED bulbs’ efficiency—the bulbs have an expected lifespan of over 27 years—and how they don’t get as hot when on for long periods. “We’re finding excuses to buy new ones now,” he said.